In January 1934, Lord Harold Rothermere, the owner of Britain’s Daily Mail, filed a story from Munich praising Adolf Hitler. The article was published when Jews were being ousted from public life in Germany and the Nazi party had already established a large network of concentration camps across the country.
Rothermere assured his readers that stories of these atrocities were wildly exaggerated. The restaurants and hotels in Munich were bustling with German Jews during the festive season, and none “showed [any] symptoms of insecurity or suffering,” the British newspaper proprietor wrote. This was typical of the pro-Nazi line Britain’s Daily Mail continued to promote that year.
The Nazis needed to control the “alien elements and Israelites of international attachments who were insinuating themselves into the German state,” as Rothermere put it in another article he personally penned in July 1934. The Daily Mail also cheered on the British Union of Fascists — a party led by Sir Oswald Mosley in Britain that was notorious for its support of Hitler and for its anti-Semitic propaganda. “Hurrah for the Blackshirts,” read one infamous Daily Mail headline from January 1934.
California-based historian Kathryn S. Olmsted’s new book, “The Newspaper Axis: Six Press Barons Who Enabled Hitler,” profiles Rothermere and five other powerful media moguls in the Anglophile world on both sides of the Atlantic between 1933 and 1945, all of whom took a pro-Nazi editorial line.
“Lord Rothermere was a pro-fascist who had a deep sympathy for Adolf Hitler,” Olmsted tells The Times of Israel from her office at the University of California, Davis, where she chairs the history department.
As she writes in the introduction to her new book, “For years, Rothermere and his fellow press barons in both Britain and the United States pressured their nations’ leaders to ignore the menace of fascism.”
Olmsted dedicates a chapter to exploring how Britain’s Daily Mail, led by Rothermere, championed Hitler’s Germany throughout the mid- to late-1930s. The paper described Germany under Hitler “as one of the best-governed nations in Europe” and continued to boost Hitler’s popularity, even as the Nazis used terrorist tactics against their political enemies.
On March 5, 1933, the Nazi party won 44 percent of the vote, giving them 288 seats in the Reichstag. Less than three weeks later, with Nazi brownshirts intimidating all possible remaining political opposition, the Reichstag voted by the required two-thirds majority to give Hitler — via the Enabling Act —  the right to make laws without the Reichstag’s approval for four years.
Many American and British journalists based in Berlin at the time described this as the beginning of the end for German democracy. The Daily Mail disagreed.
“No one here will shed any tears over the disappearance of Germany’s democracy,” the paper’s editorial declared shortly after the Nazis gained that historic mandate to govern by dictatorial decree.
Olmsted says that “The Daily Mail’s news stories [at this time] always betrayed a pro-Nazi bias and Rothermere’s reporters understood that their boss’s sympathies lay with Hitler.”
Nor, as the book makes clear, was Rothermere alone in that regard. Also possessing Nazi sympathies were Lord Max Beaverbrook, owner of Britain’s Daily Express, Sunday Express, and Evening Standard; Robert McCormick, who owned The Chicago Tribune; William Randolph Hearst, who owned more than two dozen newspapers and a syndicate wire service that had a monopoly on the American media; and brother-sister duo Joseph and Cissy Patterson, who ran the New York Daily News and the Washinton-Times Herald, respectively.
The newspapers owned by these six media moguls reached a combined audience of approximately 65 million daily readers in Britain and the United States. They regularly paid handsome fees to fascist leaders looking to promote their ideas to a global audience. William Randolph Hearst, for example, paid Hitler and other top Nazis an average of $1,500 per article — or $20,000 in today’s money.
William Randolph Hearst paid Hitler and other top Nazis an average of $1,500 per article — or $20,000 in today’s money
“By giving fascist dictators access to the American public and allowing them to present themselves as peace-loving champions of order, Hearst helped to normalize [fascism] for his 30 million readers,” says Olmsted. “These press barons did not just sell the news, they constructed it and lied as they reported events so they could make a lot of money and gain political influence, too.” 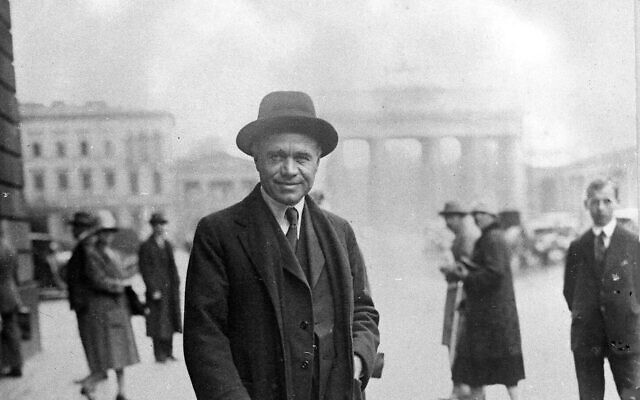