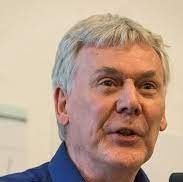 HoldtheFrontPage is a news and jobs website for journalists everywhere with a particular focus on the UK regional press. The site attracts around 70,000 visitors a month and has more than 18,500 followers on Twitter.
HTFP carries all the latest news about UK journalism and our news archive of more than 26,000 stories comprises a unique online record of the UK regional newspaper industry since the site was first launched in February 2000.
Our jobs board HTFPJobs contains all the latest journalism jobs searchable by region, category and sector. Job adverts start at £175 + VAT for one week with discounts available for longer periods and block bookings.
HTFP contains a wealth of information about the UK regional press including a comprehensive directory of daily and weekly newspapers and websites and a series of other features designed to help journalists in their work.